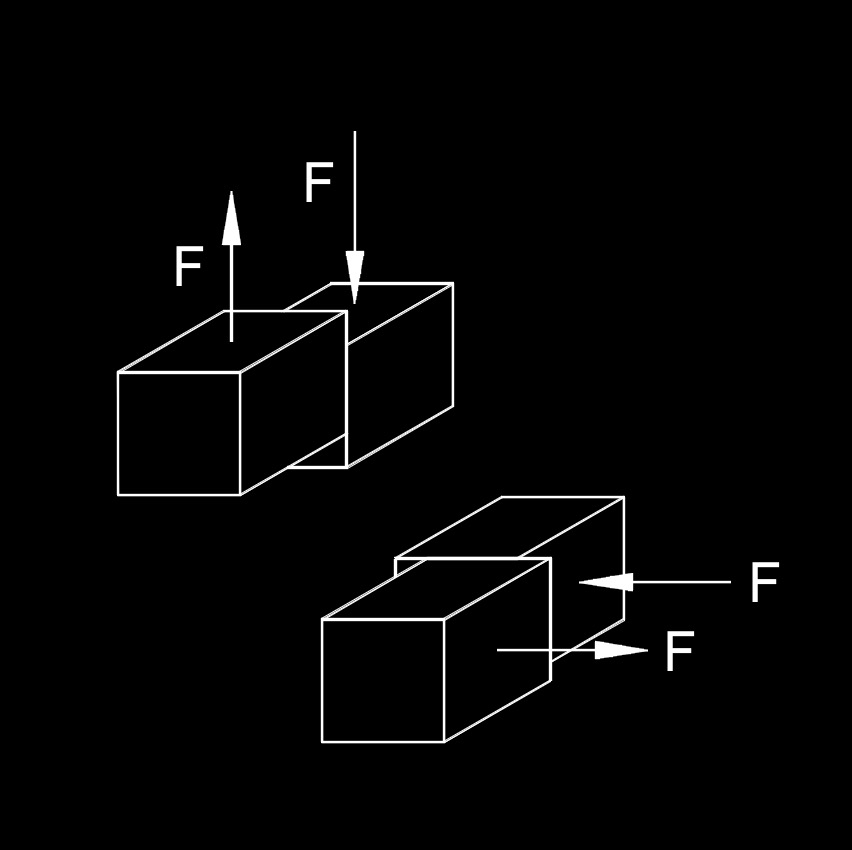 Shear stress, abbreviated as \(\tau\) (Greek symbol tau), tends to deform the material by breaking rather than stretching without changing the volume by restraining the object.  Shear stress is the amount of force per unit area perpendicular to the axle of the object.

Formulas that use Shear Stress