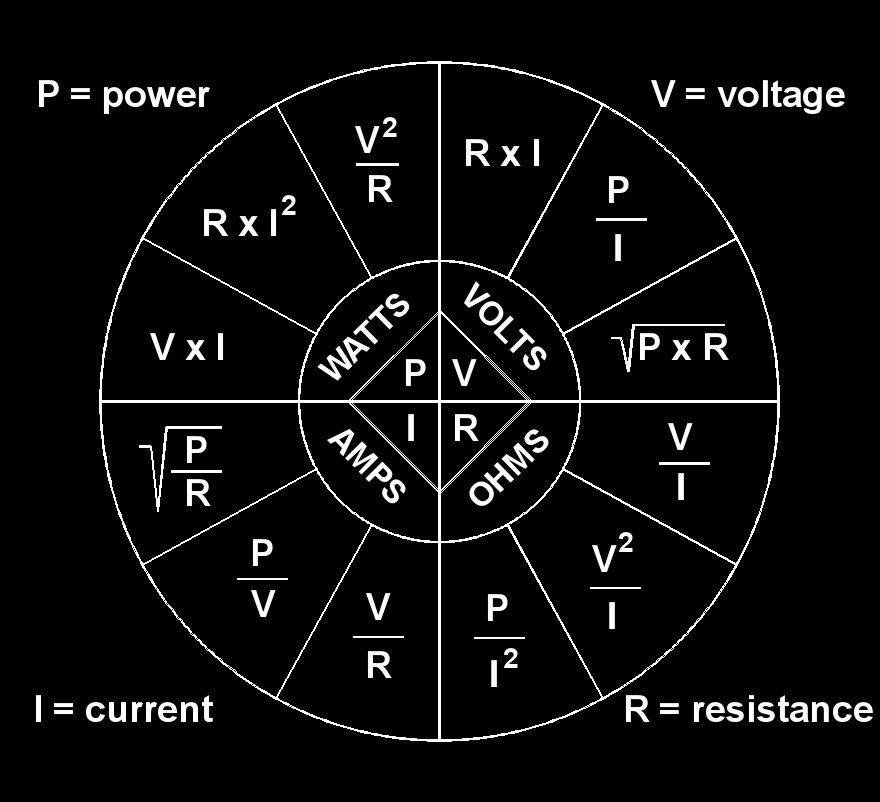 Current \(\:(I)\:\) is the rate of flow of electricity in a circuit, measured in amperes.

Amp is a unit of current. One ampere (amp) is the current flowing through one ohm of resistance at one volt potential.

Power \(\:(P)\:\) is the rate of doing work and is measured by the amount of foot pounds of work done in a particular unit of time. A horsepower is a measure of power.

Resistance \(\:(R)\:\) is the ability to resist or prevent the flow of current. In order to overcome the resistance and get the current to flow a higher voltage will be required. Resistance is measured in Ohms, represented by \(R\) and has a symbols \(\Omega\).

Ohm is a unit of resistance. A constant current of one ampere produces a force of one volt.