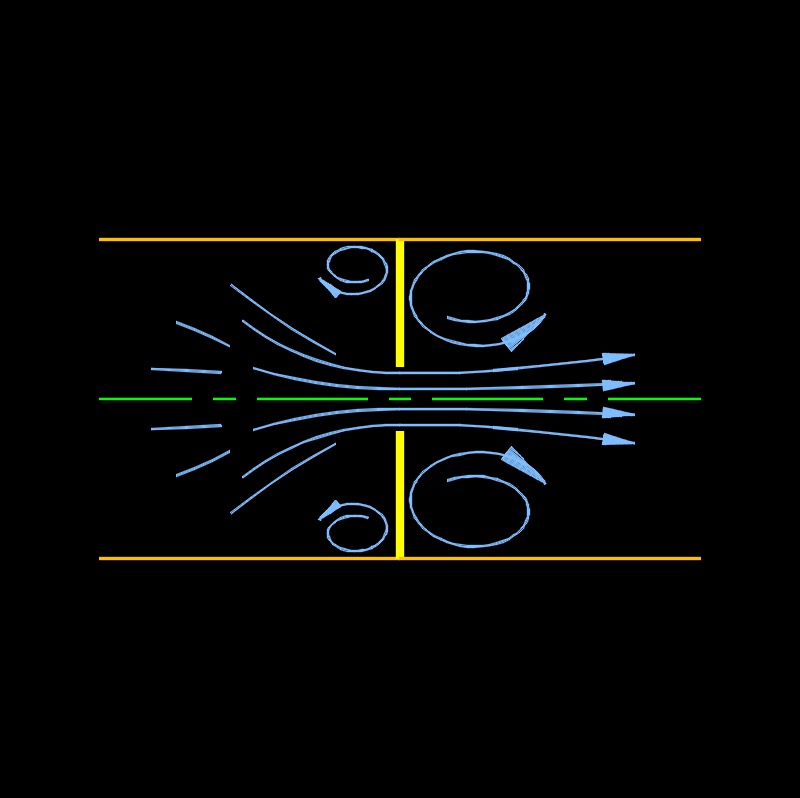 Plates should not be bent or have any nicks in the internal bore, this will create an error in the data.

Information about the plate should be stamped where it can be easily identified after installation.  Orifice plates have data stamped on upstream face.  Following installation, care should be taken to ensure the gasket does not protrude into the flow area.

Pressure Taps should be on the top or side of a pipe to prevent sediment/partials from settling in them.

Flange taps are generally used for pipe sizes of 2 inches and greater.  Flange taps are a good alternative to drilling the tapping the pipe for a pressure connection.

The ratio of the measuring device diameter to the meter run diameter (orifice bore divided by inlet pipe bore).  The smaller the beta ratio the higher the pressure drop across the plate.  The beta ratio affects the amount of unobstructed straight run before the plate.

These taps should be located 2.5 pipe diameters upstream and 8 pipe diameters downstream of the orifice plate.  Pipe taps are normally in existing piping where the radius and vena contracta can not be used.

These taps are a modification if the vena contracta taps.  Radius taps having connections at one pipe diameter upstream and one half pipe diameter downstream.

This is the narrowest point in a fluid stream where the diameter of the stream and fluid velocity is at its maximum, resulting in lower pressure at that point.

These taps are limited to pipe sizes greater than 6 inches.  This limitation is mainly imposed to provide adequate clearance on the tap from the flange.