Generally, vessels have internals to help them effectively process the fluids go through it.  Depending on the purpose of the vessel, the amount and configuration of the internals will vary.  This page displays some of the more common vessel internals. 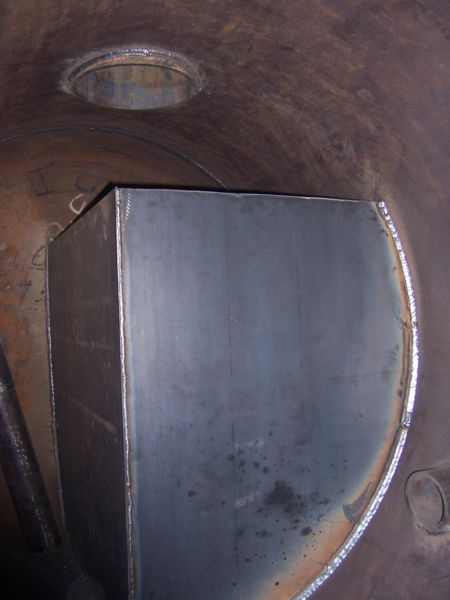 WierIn liquid-liquid separation, the lighter of two liquids might have an overflow weir.  Using residence time, chemicals or heat, two immiscible liquids are allowed to separate.  The weir can extend across the vessel and allow for a significant volume to fill with oil.  During the design of the weir box below, the water cut was very high compared to the amount of oil that we expected to flow through the system.  Because of this, the weir box was designed to be smaller and not take up valuable real estate inside the pressure vessel.  This particular AWT vessel controlled the oil liquid level first based on flow rate over the weir.  If there was a surge of oil and the weir box had a high liquid level, the control valve opened up to empty the box. 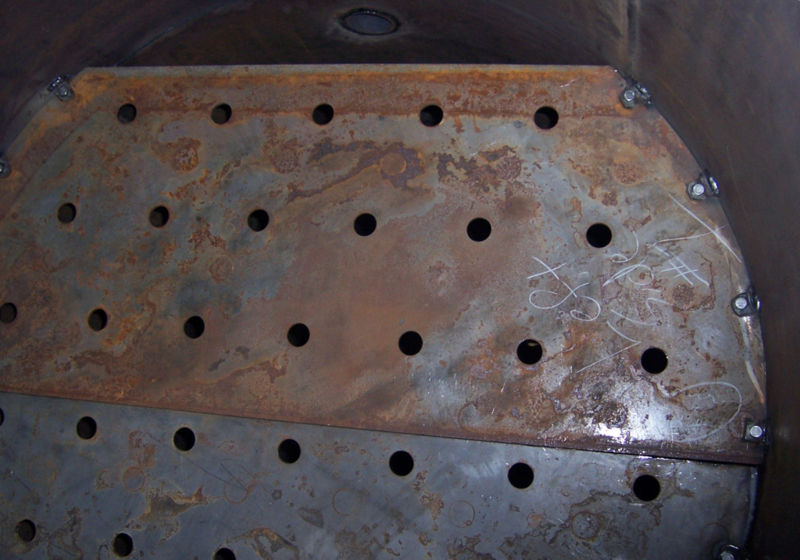 WavebreakerIn long horizontal vessels it is necessary to install wave breakers or stilling baffles, which are nothing more than vertical baffles spanning the gas-liquid interface and perpendicular to the flow.  Wave breakers serve multiple functions.  By minimizing the amount of waves, the oil & water separation process is stabilized.  This prevents large amounts of wet oil (emulsion) from spilling over the weir.  This is particularly undesirable if the separator is being used for gross allocation or lease custody transfer.  In a process that has a lot of gas entrainment, they are designed to stop wave action caused by gas eddy currents near the gas-liquid interface in order to prevent liquid re-entrainment into the gas stream. 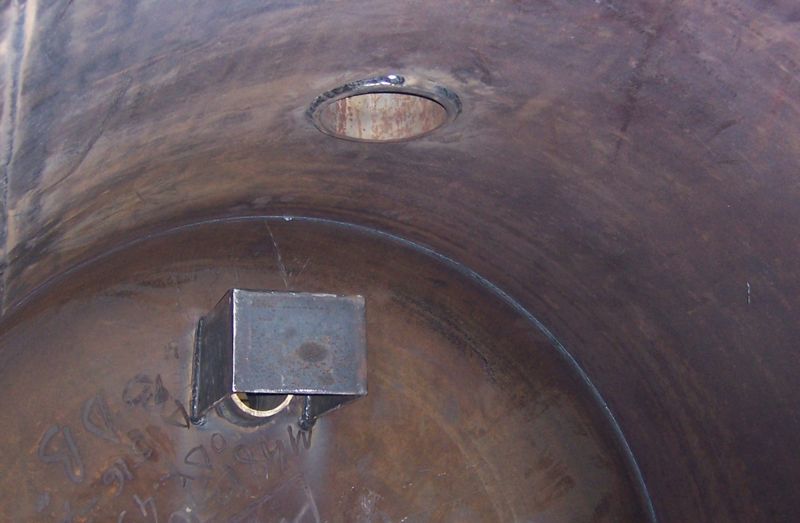 A splash plate, inlet diverter or inlet deflector takes the inlet flow and causes it to change direction suddenly.  An inlet diverter can be a spherical dish, flat plate, angle iron or another type of structural steel.  The rapid change in direction and change of velocity causes the gas to break out of the liquid.   The design of the diverter must be such that it can resist the impact momentum of the incoming fluid.   An advantage of using devices such as a half sphere or cone as a splash plate is that they create less disturbance than plates or angle iron.  This cuts down on re-entrainment or emulsifying problems.  A disadvantage of using a half sphere or cone is that the cost of such a device is much higher than a piece of structural steel.

In a vertical vessel, a centrifugal inlet diverter can be used.  This technology is used in a GLCC to remove gas from the liquid stream.  This works by using centrifugal force, rather than mechanical agitation, to separate the oil and gas.  If there is a potential for foaming or emulsifying the inlet stream, a centrifugal diverters work work better than a piece of structural steel. 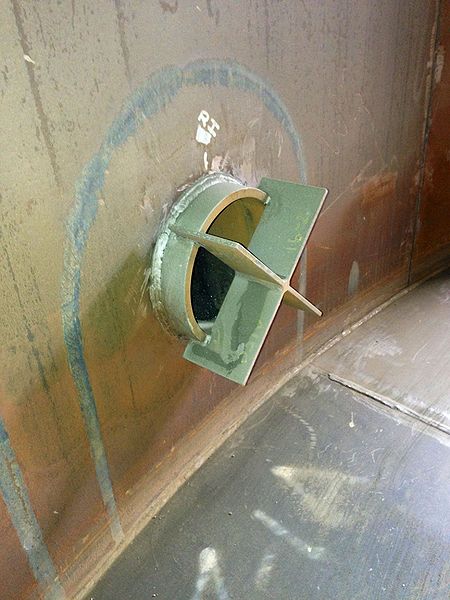 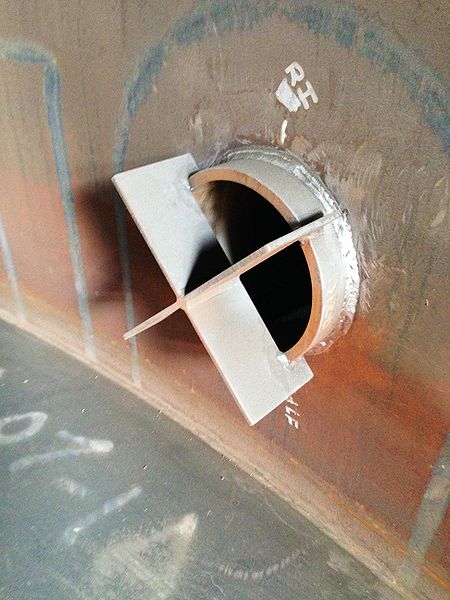 This is a vortex breaker installed on the outlet nozzle of a new tank.  It is in the process of being coated and being sandblasted.  The purpose of the sandblasting is to remove any contamination such as oil, rust, slag, paint, etc.