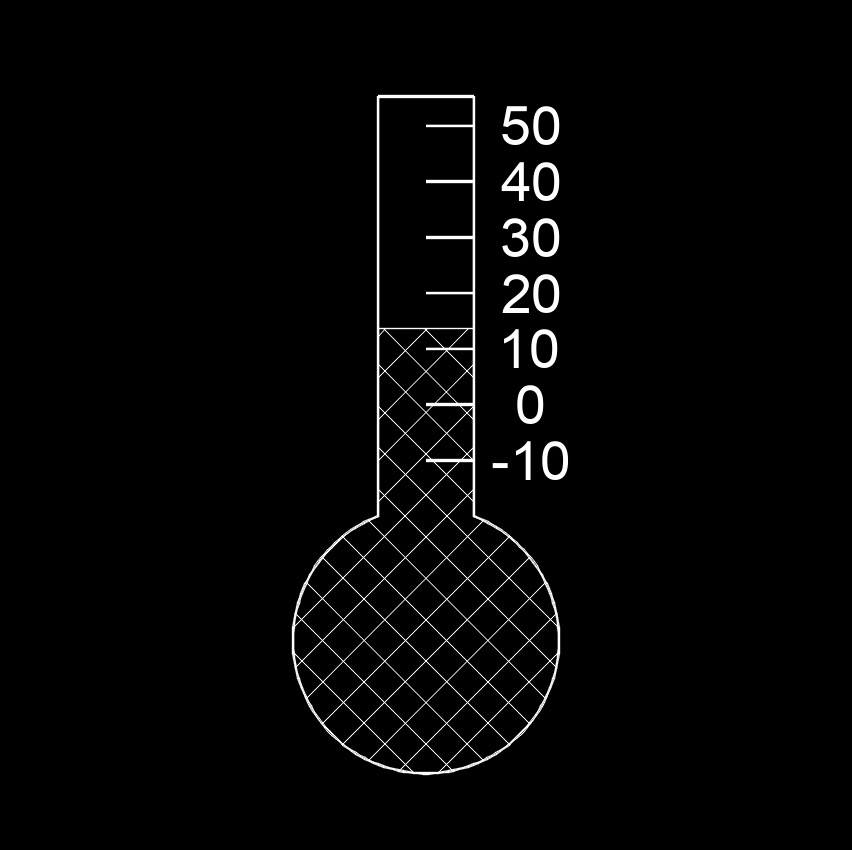 Temperature is the measurement of the average speed of molecules that are moving around in an object. Molecules don't always travel at the same speed.  The faster they move the hotter they get, the slower they move the colder they get.  When they stop moving that is absolute zero.  Temperature is measured in celsius, fahrenheit, kelvin, and rankine.

In piping design, temperature is important because mechanical properties are affected by increases or decreases in temperature.  Most materials become more pliable as the tempearture increases.  For pressurized pipe, this means that ability to contain the pressure is decreased.  In very low temperatures and cryogenic services, the material become brittle and can fracture if it is involved in a high vibration environment.  Additionally, as temperature increases and decreases, materials will expand and contract.  Carbon steel, for example, expands at a rate of about 1 inch per 100 feet per 100 degrees Ferenheit.  Long sections of pipe without expansion loops can look like spaghetti and come off their supports.  Concrete without provisions for expansion can buckle and fracture.  Large pressure vessels such as heater treaters should have one end "floating" to allow for expansion.

When outdoors the ambient temperature is the current surrounding environment air temperature.  This temperature has nothing to do with high or low forcasts.

When inside the ambient temperature is the room temperature and can be affected by many factors such as humidity, insulation, HVAC equipment, people, the outside temperature, and etc.

Bulk temperature, abbreviated as \(T_b\) or \(\bar {F}\), also called average bulk temperature, is the average temperature of a cross section of a mixture of fluid leaving or entering the flow in pipe and ducts.  It can be used for evaluating heat reansfer or heat transfer rate.

All air containes different amounts of water, the condensate temperature is the point at which water vapor returns to its origional liquid state.

Dew point is the temperature at which air must be cooled to become saturated with water vapor.  It is porportional to the amount of water vapor in a given amount of air and when the dew point is raised the more water vapor present, also the opposite.

The allowable rise in temperature above ambient when operating under load.

Common units for temperature are as follows:

Celsius, abbreviated as C, is a unit of temperature most commonly used through out the world.

Fahrenheit, abbreviated as F, is a unit of temperature used in the United States and a few other countries.  Celsius is most commonly used through the world.

Kelvin, abbreviated as K, is a unit of temperature normally used for scientific calculations.  Unlike celsius, fahrenheit and rankine, the word degree is not used.  Since Kelvin starts with absolute zero it has no negative numbers.

Rankine, abbreviated as R, is a unit of temperature used in the US engineering field.  0 is set at absolute zero.

In piping design, temperature is measured several different ways.  On a Piping & Instrumentation Diagram, the typical instruments are:

Temperature Element - A temperature element is a piece of wire, such as an Resistance Tempearture Detector (RTD), that provides the input to a temperature transmitter or temperature switch.

Temperature Indicator - A tempearture indicator is a temperature gauge.  It is a mechanical device, that contains two dissimilar pieces of metal joined together.  Each piece of metal has a different coefficient of expansion.  This difference is calculated to turn a shaft to display the temperature of the process.

Temperature Switch - A temperature switch is used to send a digital signal (yes or no, 1 or 0) to a computer for an action to be performed.  E.g. send an alarm, turn off a pump, etc.