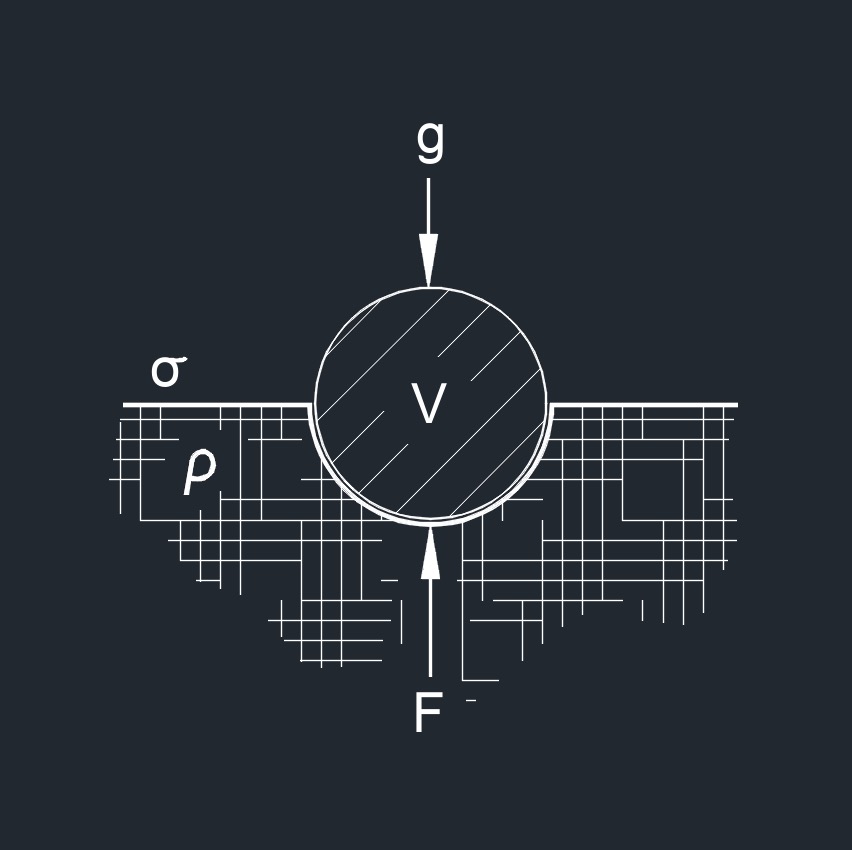 Surface tension, abbreviated as \( \sigma \) (Greek symbol sigma), is the energy or force at the surface of a liquid that holds it together.