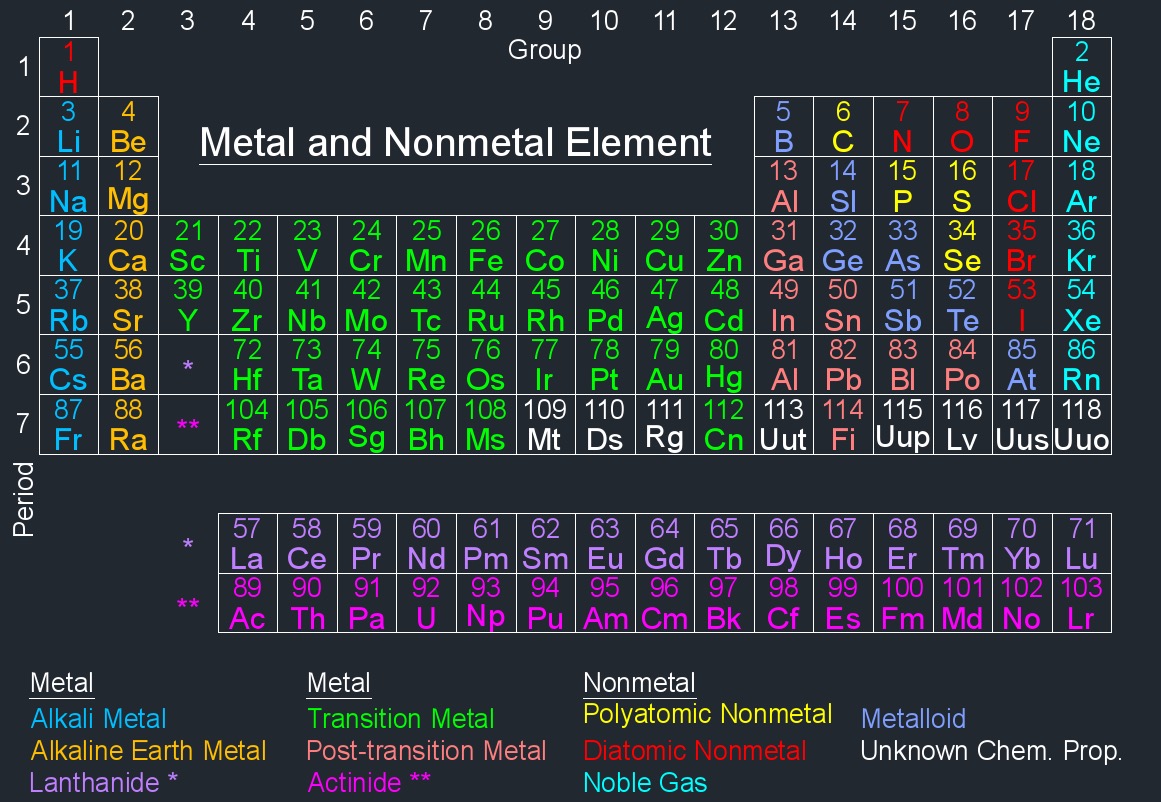 The physical properties of metals have characteristic such as shiny, hard, high density, malleable, high melting point and can conduct electricity and heat well.

There are 14 rare earth chemical elements in the actinide series which are between actinium (atomic #89) and nobelium (atomic #102) on the Periodic Table. Lawrencium (atomic #103) in the periodic table is a transition metal, but according to IUPAC it is a actinide.

The alkali metals are found in Group 1 of the Periodic Table and they are highly reactive and usually found with other elements in nature, rarely by themselves. These are silvery colored, soft, low density metals.

Hydrogen is also found in group 1, even though it is classified as a Other Nonmetal. It rarely has the characteristics of an alkali metal, but when it is under extremely high pressure it acts like one.

The alkaline earth metals are found in Group 2 of the Periodic Table and they are name after their oxides. These elements are silver colored, soft metals that will only melt at very high temperatures.

There are 14 rare earth chemical elements in the lanthanide series which are between lanthanum (atomic #57) and ytterbium (atomic #70) on the Periodic Table. Lutetium (atomic #71) in the periodic table is a transitional metal, but according to IUPAC it is a lanthanide.