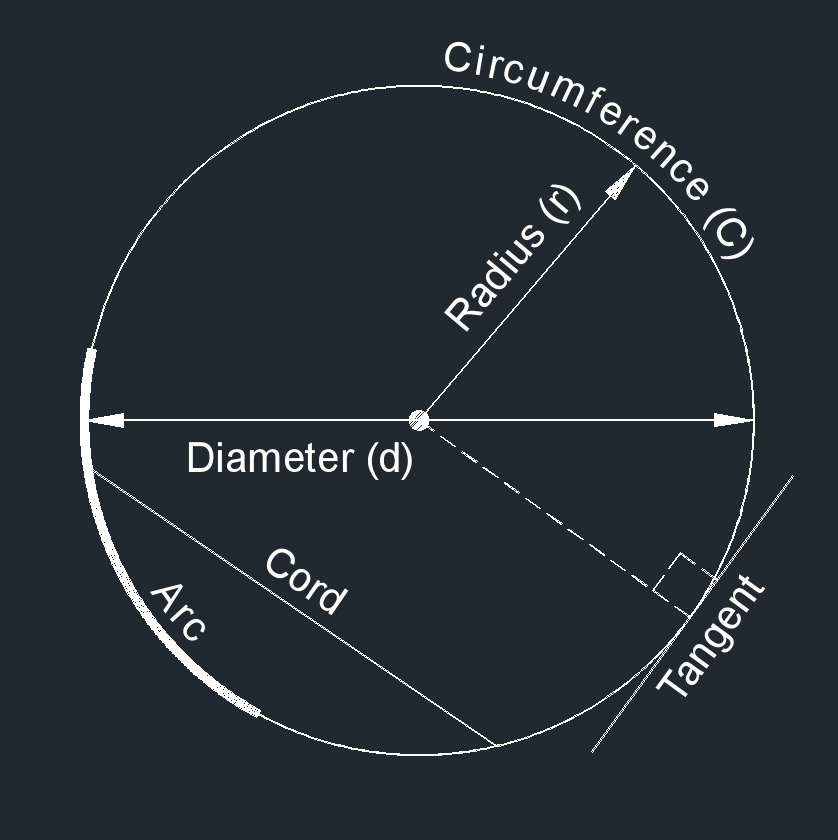 In geometry, a diameter, abbreviated as d, of a circle is any straight line segment that passes through the center of the circle and whose endpoints are on the circle. The diameters are the longest chords of the circle.

When sizing flow meters or impact tees, a certain straight run maybe required. This is typically specified in terms of diameters. For example a 10" orifice meter with a 10 diameter upstream requirement will require 100" of unobstructed straight run upstream of the orifice plate.

Diameter of a Circle formulas