A startup strainer, also known as a witch’s hat or conical strainer, in installed in a system to remove unwanted debris from the process stream.  It can be installed to protect a flow meter, pump, control or relief valves or other pieces of equipment during startup.  During construction, materials may become trapped in the line.  These materials could be welding slag, welding rod, pieces of wood, cigarettes, rocks, etc.  Many pieces of equipment will become damaged if this debris enters it.  A start up strainer is temporarily installed to keep this debris out of the equipment.  After start up is completed, the startup strainer should be removed. 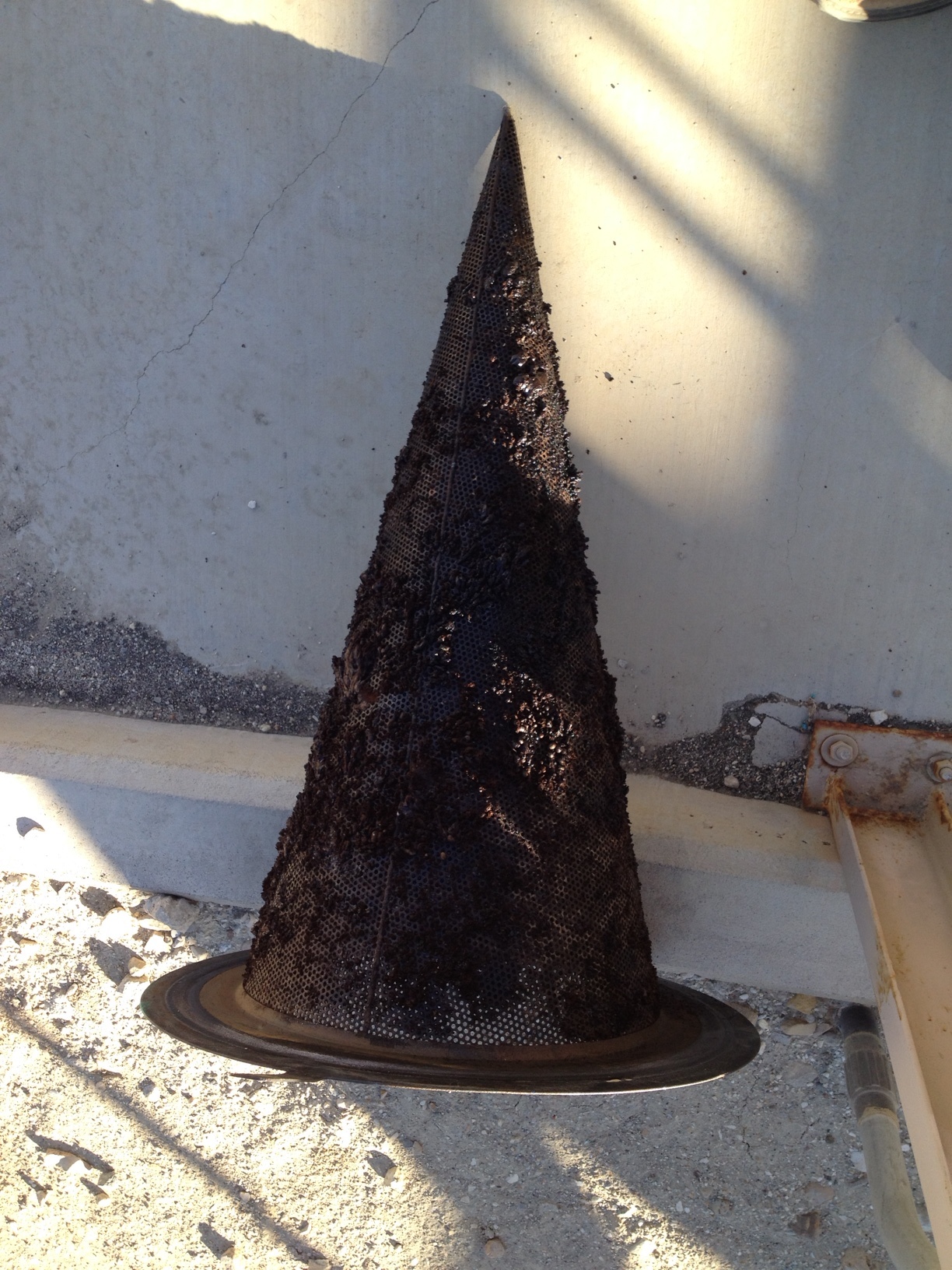 This photo shows a conical strainer that was installed with the cone facing downstream. After the cone was in for several hours, it begun to plug off. Note in the photo that the only available flow area is near the outside of the strainer. For this installation, no construction debris was removed from the line. The debris in the line is inherent to the process.Things to consider when sizing and designing the installation of a startup strainer are as follows:

There are two different methods for installing the start up strainer.  According to various manufacturers of cone strainers, they can be installed with the cone facing upstream or the cone facing downstream.

In the photo above, the cone is pointing downstream.  In this orientation, debris is captured at the pointed portion of the strainer.  The photo also shows a velocity profile for fully developed flow. While the flow regimes are different depending on whether or not the flow is laminar or turbulent, the general characteristics stay the same.  The flow is lower near the walls of the pipe and the velocity is higher in the center of the pipe.  If the cone is pointed with the tip facing downstream, debris will collect in the tip and may rip the cone apart due to heavier strain on the tip.

Another option for installation is pointing the cone facing upstream:

In the photo above, debris is swept to the side of the strainer.  The outside to inside flow pattern is an advantage in that any plugging of the strainer will start in the outside and work it’s way in.