A tilting disc check valve is a check valve where the disc has a pivot point at the center of the disc.  It is also known as a tilt check valve or a tilting-disk check valve.  When flow is moving forward, the valve easily opens and when there is flow reversal, the valve immediately closes. 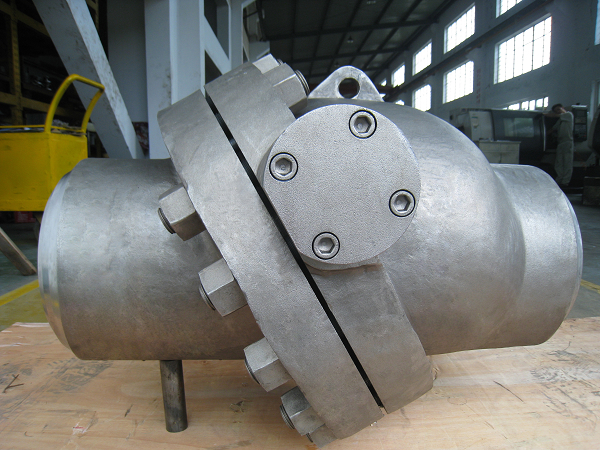 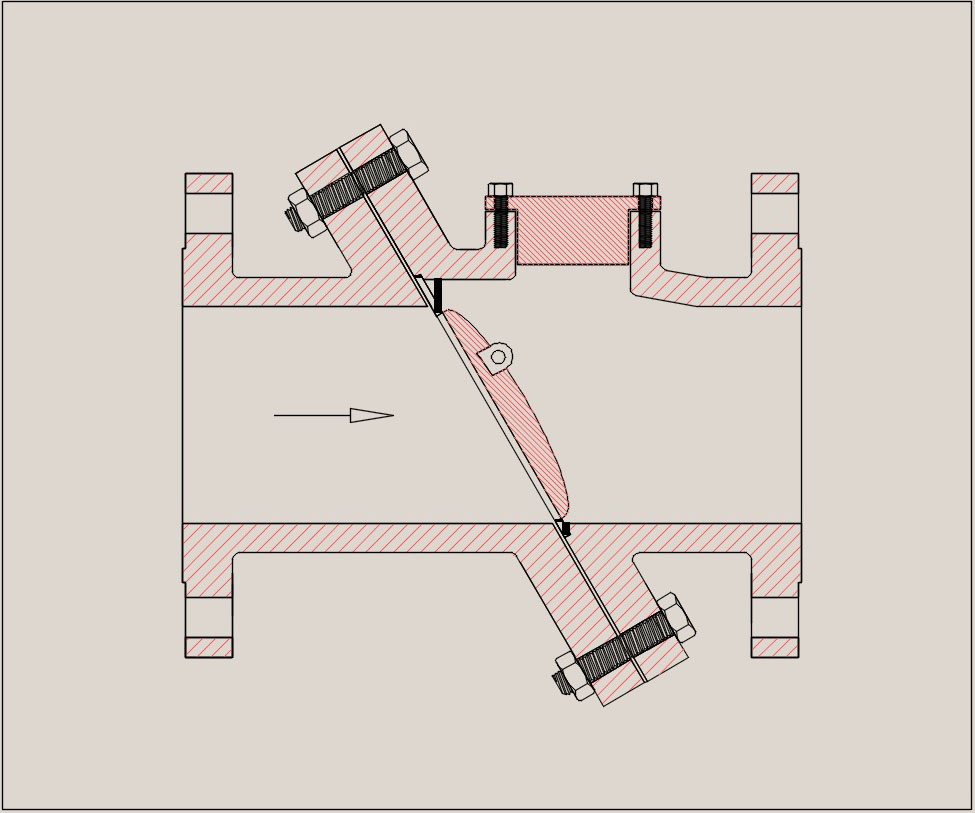 Tilting disc check valves are generally used in agricultural applications but they may be used in other applications as well.  The valves are used when there is frequent flow reversal.

The disc acts almost as n air foil so once it is fully open, the process easily holds it open.  This is different than a swing check valve where the velocity of the process must be high enough to keep the check valve open.

The minimum velocity required for holding a tilting check valve wide open can be determined by the empirical formula:

Orientation – The tilting disc check valve should be installed either horizontally or vertically with the flow going up.  If the flow direction is down, gravity will work on the disc and cause it to open when there is no flow.  It is up to the constructor to ensure that the valve is installed with the right side facing up.  Otherwise, the valve will not close when needed.

Water Hammer – In applications where water hammer is expected, a tilting disc might help mitigate water hammer.  The reason for this is the disc has a very low mass and can close quickly.  This means that the valve will be closed before the returning pressure wave slams the disc shut.

Valve Maintenance – Compared to the swing check valve where there is a bolted cap on top, the tilting disc check valve is difficult to do maintenance on.  It typically will require removal of the entire valve from the process which is longer and more expensive than opening the top of the valve.  This is because tilting disc valves usually have a split body.  However, if there is a situation where there is tampering by the personnel operating the swing check valve, such as removing the disk because they don’t like it, a tilting disc might be a good solution.

Because maintenance of the valve requires removal, the designer should ensure that there are flanges put in to facilitate maintenance.  In general, butt weld end tilting disc check valves should be avoided unless there are breakout flanges installed close to the valve.

Shutoff – Because the disc is designed to open and close quickly, it may be difficult to achieve tight shutoff unless there is a large pressure differential between the upstream and downstream pressures.  For lower pressures, an elastomeric seal is recommended.

The datasheets we have on this site are shown below.  For comprehensive check valves and dimensional data, check out our check valve datasheets page!