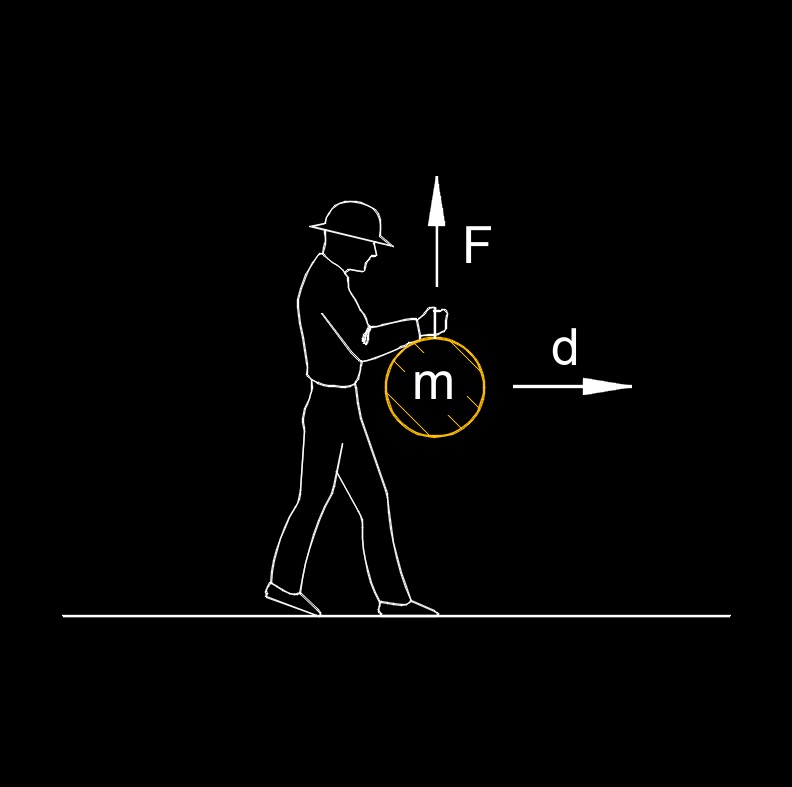 Work, abbreviated as W, is the overcoming of resistance through space and is the measure of force x distance.  Since the unit of force is a pound and the unit of distance is a foot, the product of a foot by a pound is a unit of work.  This is expressed in ''foot pounds'' or ''Newton meters'."

Energy is the capacity of doing work and comes in many forms such as kinetic energy (KE) and potential energy (PE).

Work, power, and energy are scalar quantity having direction, some of these include area, density, entropy, length, mass, pressure, speed, temperature, and volume.