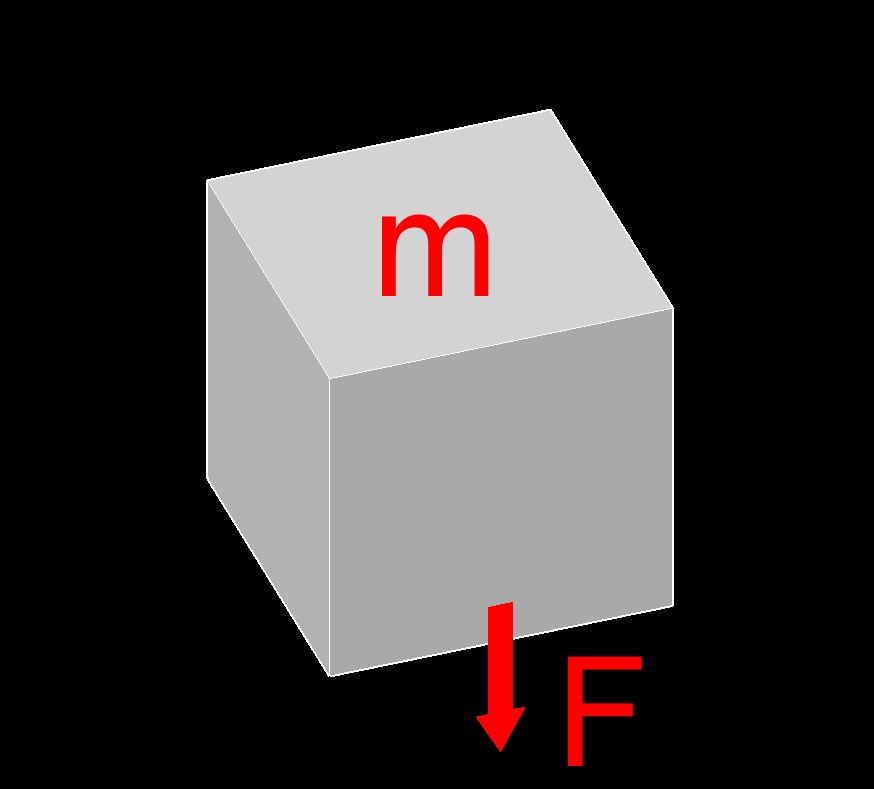 Newton's second law (also known as the Law of Resultant Force) is the force that causes an object or mass to accelerate. The greater the mass to be accelerated, the greater the force required to move the mass. The unit of force is pound, \(lb_f\) or Newtons.