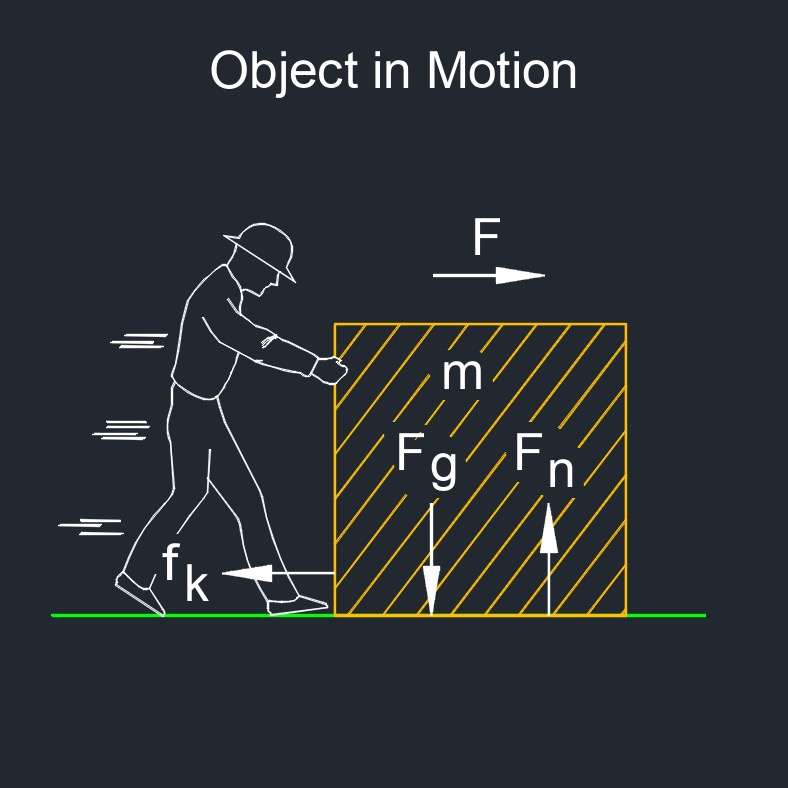 Kinetic friction, abbreviated as fk, also called dynamic friction or sliding friction, is the force opposing two objects rubbing together that are moving relative to each other. It is calculated using the normal force, which is the force perpendicular to the surface that the objects contact.