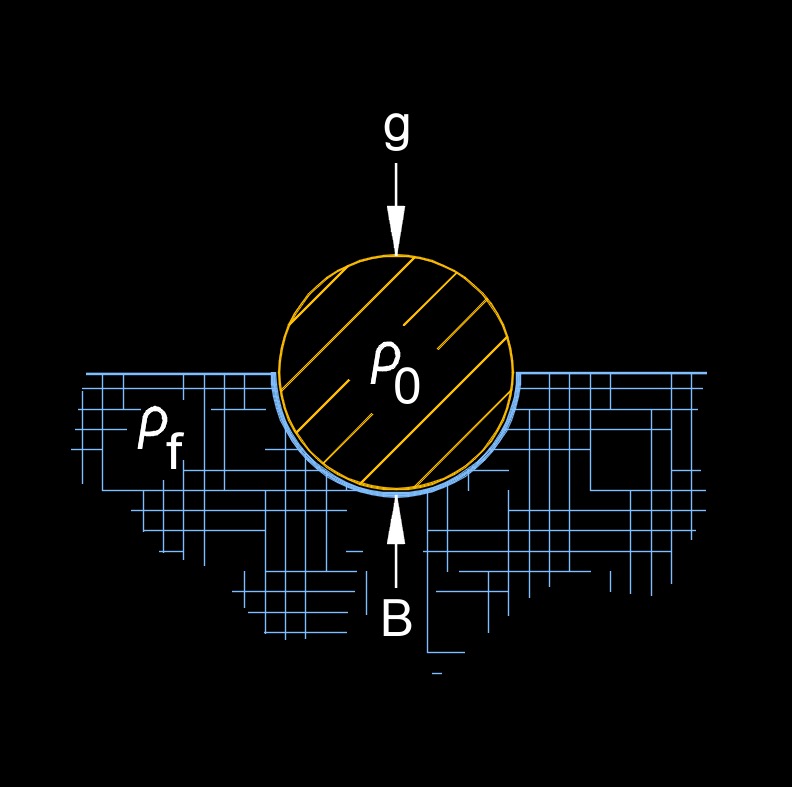 Buoyancy mass, abbreviated as \(m_b\), is the amount of matter an object has relative to the density of the liquid.