Torsion, abbreviated as T, is the stress of twisting of an object due to applied torque. 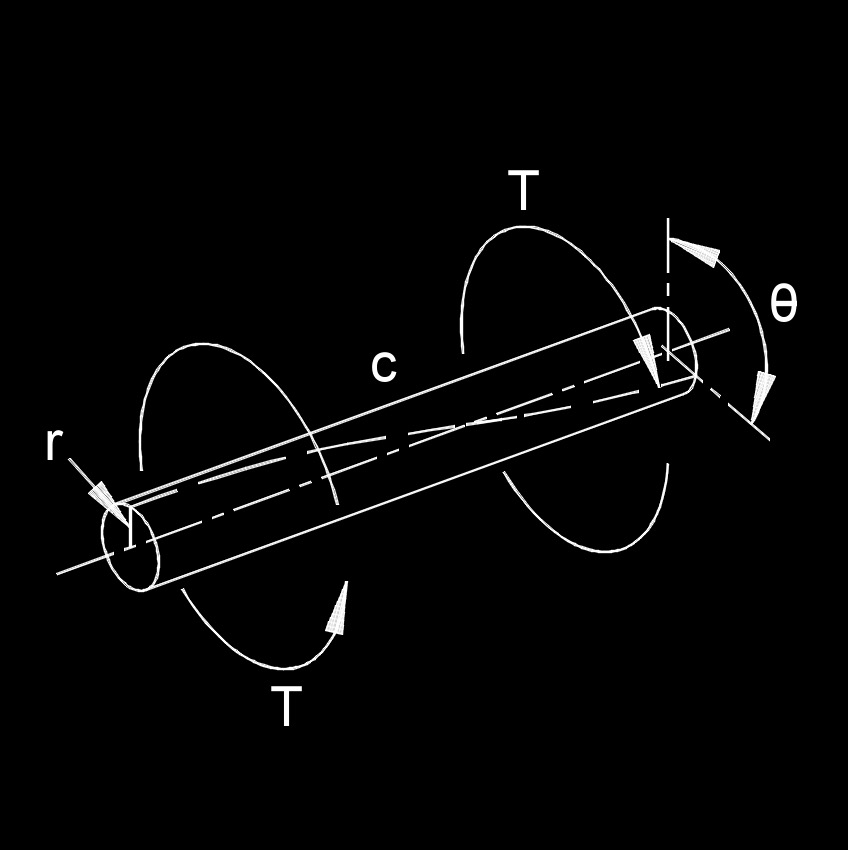