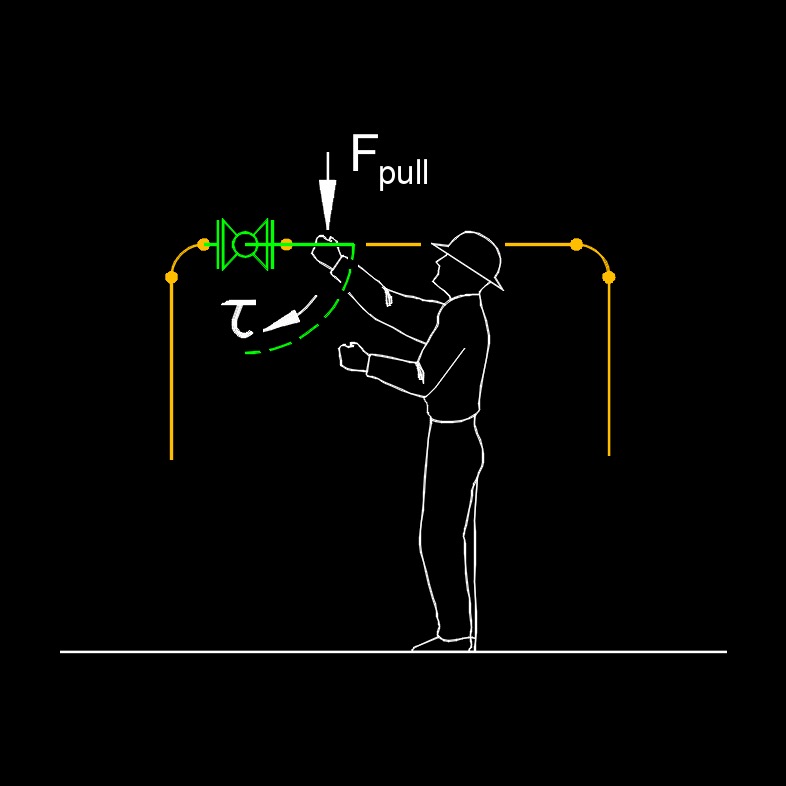 Torque, abbreviated as \(\tau\) (Greek symbol tau) or T, also called moment of force, is a type of force that is applied to an object that results in the object rotating around an axis.  It is a measure of how much twisting is applied to an object.  Force is an action that causes a change in the motion of an object.  Torque also concerns acceleration that is always at an angle.  It is a vector but the direction varies according to the direction of the force that is being applied. The amount of force needed to bring about movement with torque decreases as distance increases from the point of rotation.

Torque in a valve is the amount of rotational force to overcome the resistance of a valve sleeve and line pressure to close the sleeve.

The torque necessary to put into reverse rotation a bolt that has not been tightened.

The torque required to effect reverse rotation when a pre-stressed threaded assembly is loosened.